New Orleans is more of a matriarchal city than most. Yes, patriarchy exists here, but New Orleans women have held influential positions in families, businesses, the community and the arts in numbers rivaling few other U.S. cities. So much of what makes New Orleans such a fabulous city is undergirded by the (sometimes unrecognized) hard work and sharp intelligence of its female residents. Exhibit #1: Oretha Castle Haley. #2: Ella Brennan. #3: Mahalia Jackson. #4: Joyce Montana. #5: Ruby Bridges. #6: Leah Chase. #7 +++: Pick anything you care about in New Orleans, and you can pretty much guarantee there’s a woman behind it, supporting with work through sweat, and sometimes, tears. This summer, we highlight a few of the city’s unique female voices, beginning with a former seminarian turned advocate for special-needs children. 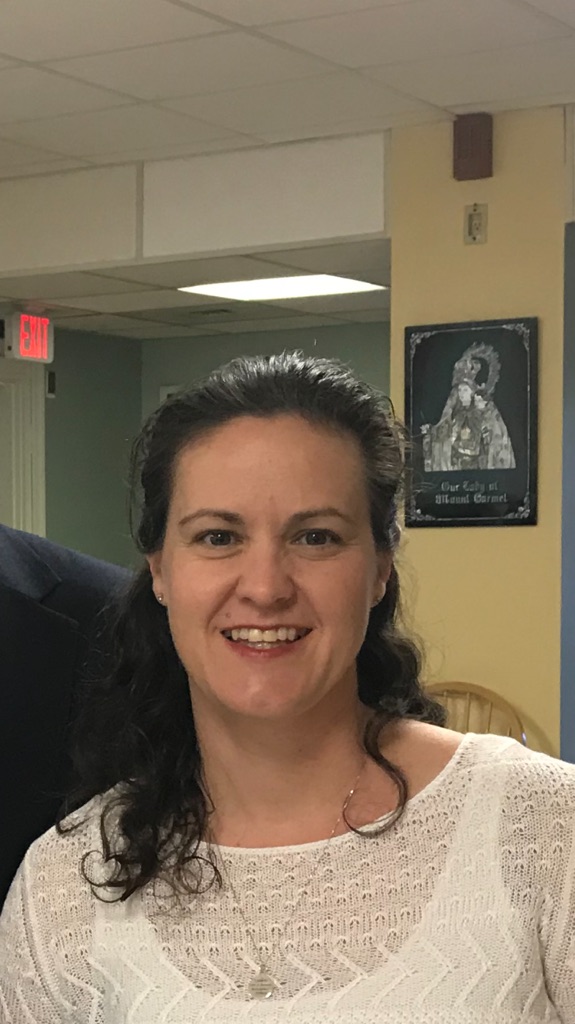 Who: Mandy Parten, co-owner of Metarie’s The Art in Me, a center for Applied Behavior Analysis (ABA) for young people on the autism spectrum.

What: Applied Behavior Analysis isn’t art therapy, as I thought from the name of Mandy’s business (she got the name from a song about the inherent beauty in all things); it’s a method of assessing and shifting paradigms of social reinforcement, which leads to a change in behavior.

Where: Metarie and around New Orleans (Mandy and her staff make house and school visits).

On the ABA practice:

Nora: When you talk about reinforcement in ABA, what does that mean?

Mandy: Say you want a kid to ride a bike. If you want to teach them that, you want to give them some sort of reward when they  ride their bike. And a lot of kids will assume [that] all kids like candy, [or] all kids like praise, all kids like video games. There are certain things that most kids really do like. But our kids on the spectrum, they don’t always naturally like all the stuff that maybe their peers do.

M: Yeah, they’re different for sure. I love different. … So, then we have to respond differently. […] A lot of people make the assumption, ‘Oh, they have autism. They aren’t smart.’ They can’t learn. That’s not true. This is the interesting part to me. It’s that it’s there. That ability to learn is there. That ability to speak is there. And people who don’t know about it, they often say that it’s not possible, or it’s got a ceiling on it. And that’s kind of our job, to go, ‘It’s there. I can get this out of you.’ And if that means that I’m going to spin you around a hundred times, or I’m going to make this funny face…there is no limit on the type or reinforcement that we’re gonna figure out and try to provide. Because if that’s what makes you look at me, that’s what makes you wanna learn something. Yeah, I’ll do it a hundred times.

N: How do you find out what that thing is?

M: It requires making a fool of yourself a lot of times. […] For our job, there’s not always reciprocity. At least, not initially. For autism you have a delay in language, social behavior, and repetitive behavior. A kid might do something and I’ll be like, ‘THAT’S AWESOME! YEAH!’ and they might just walk away. That’s not always the case and that sometimes perpetuates myths like they don’t like people or they want to be alone. No, it might just mean they don’t have that skill level, and they don’t know how to respond or have the language with which to do so. So it requires someone to put everything out there and try a lot of things, and you might not get responses, and so it can be really awkward. And the general population, usually, they’ll back off, because it’s socially awkward for them. We just have to try things out.

On New Orleans and the language of difference:

[New Orleans is] actually, very family-oriented. People that have families here, they don’t move away. They stay here, and they stay generation after generation. I learned that after going through Katrina and how everybody went back to [their] neighborhoods. And the part that I think was sad wasn’t maybe that they lost what they had, although of course, that’s sad. It wasn’t material things, but it was more that they were afraid that they were losing that camaraderie, that family sense, their neighborhood. I think that’s also what brought people back, because people were very proud of which areas came back.

I’ve been here for 21 years. I love the food, I love the people, I love the culture. I really do think the experience that we went through, for Hurricane Katrina, it really did solidify here, for us. We saw the people who wanted to preserve this community and this culture—I’m sure there’s catastrophic events in other cities that show the same thing, people hold on to what they know, and they’re willing to fight for it. Even the way people talk. It’s a ‘neutral ground,’ not a median. You almost talk like someone else, when you live here. At first you feel like a poseur; it feels weird to talk like that. But next thing you know, it’s your natural vernacular at this point.  Then, it’s like any kind of group that comes together and has their own language. It makes you feel a part of something. […] To begin to hear that, and understand that, and to know it’s its own language.

On community and inclusion:

M: Everything we’re doing here, it’s a community. It’s the autism community, our staff is a community, everything we want to bring here and put it back into the community, because it’s so lacking at times, still, it’s just new. And we want people to know how awesome these kids are, and also we need things from that community. There’s so many more things people could be doing if they knew there was a need. […] There’s so many more ways that people can be inclusive, and they can recognize humanity. […] Inclusion is not just for the special needs population. It benefits all sides.

Women of the Crescent City: Shirani Rea of Peaches Records
Entrepreneurs and Innovators

Women of the Crescent City: Tia Henry of Café Dauphine
Chefs and Restaurateurs