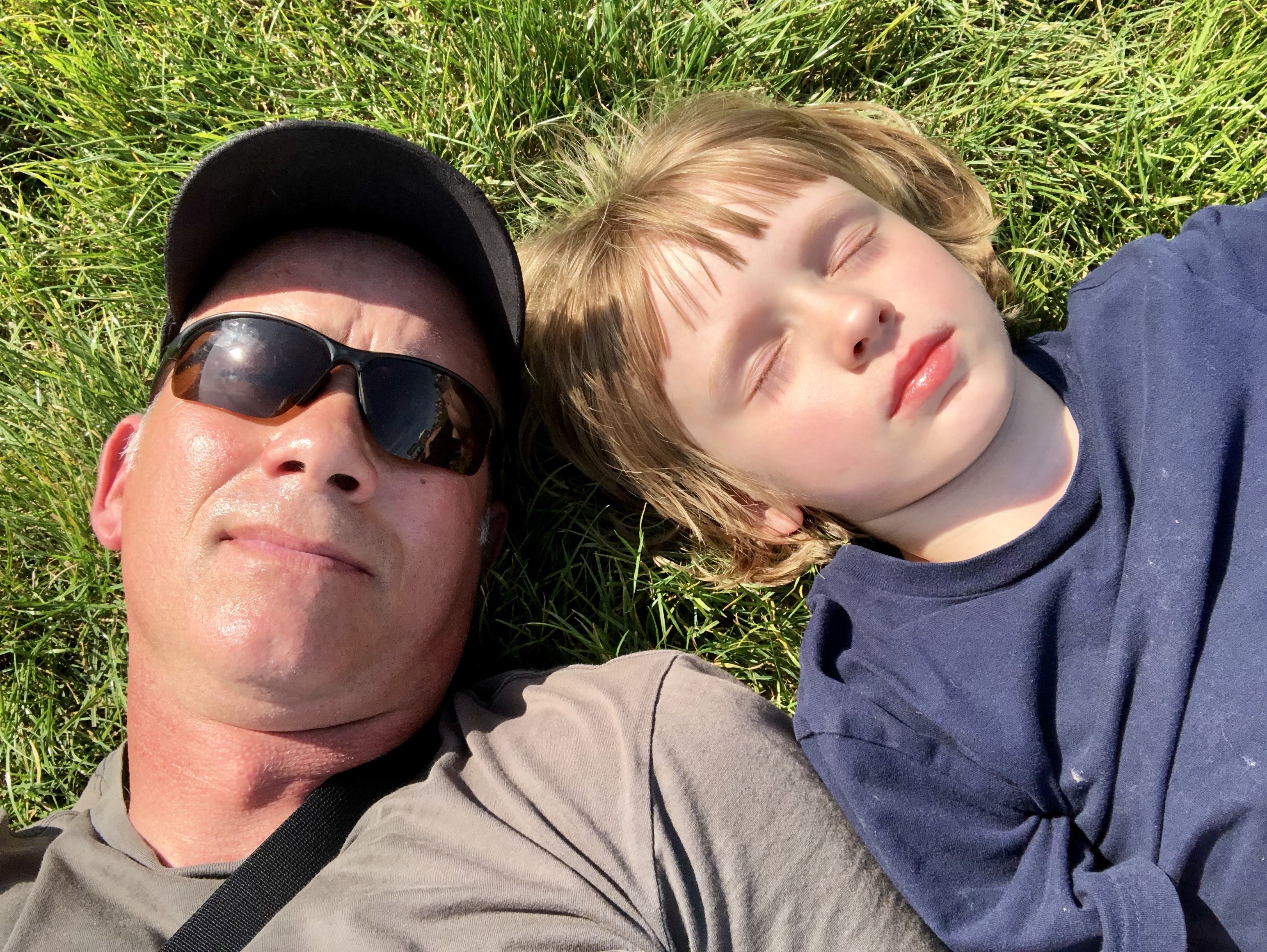 My mom’s favorite album was Rubber Soul. She played it on an old turntable over and over again. By the time I was ten, “Drive My Car” and “Michelle” were firmly established earworms. By the time I went off to high school, all but three of the fifteen cassettes in my music briefcase were from the Beatles.* I was obsessed with the Fab Four.

When I decided to take my eight-year-old nephew to Jazz Fest this year, I thought to myself, Maybe this could be his Rubber Soul moment. Maybe at the Fairgrounds, he’ll fall in love with music.

As we approached the gate, my nephew excitedly asked, “Do they have a roller coaster?” This wasn’t exactly a good sign.

When we got home six hours later, I asked my nephew, “So, Greyson, what was your favorite part of the day?” I was hoping he would say something like, “I really enjoyed that band from Africa in the Blues Tent.” Or, “That soulful rendition of ‘You Can’t Always Get What You Want’ was really awesome!” Or even, “Jazz isn’t all that bad.”

Instead, he said, “Shooting that rubber band at you when we left was the best.”

It wasn’t exactly the “rubber” I had in mind.

Neither my eight-year-old nephew, nor my nine-month-old niece for that matter, got hooked on music at Jazz Fest as I had hoped. But, they did have fun. And the experience provided me with a handful of insights. The following are just a few:

“The only thing it lacks,” said a parent, “is babysitters.” (Hopefully, Quint Davis is reading this.) 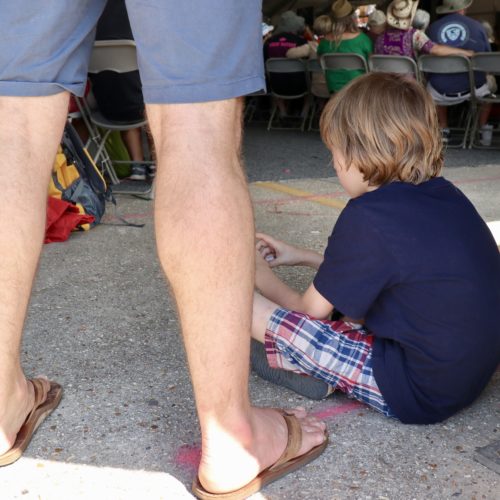 Greyson at the Blues Tent (Photos by: Folwell Dunbar) 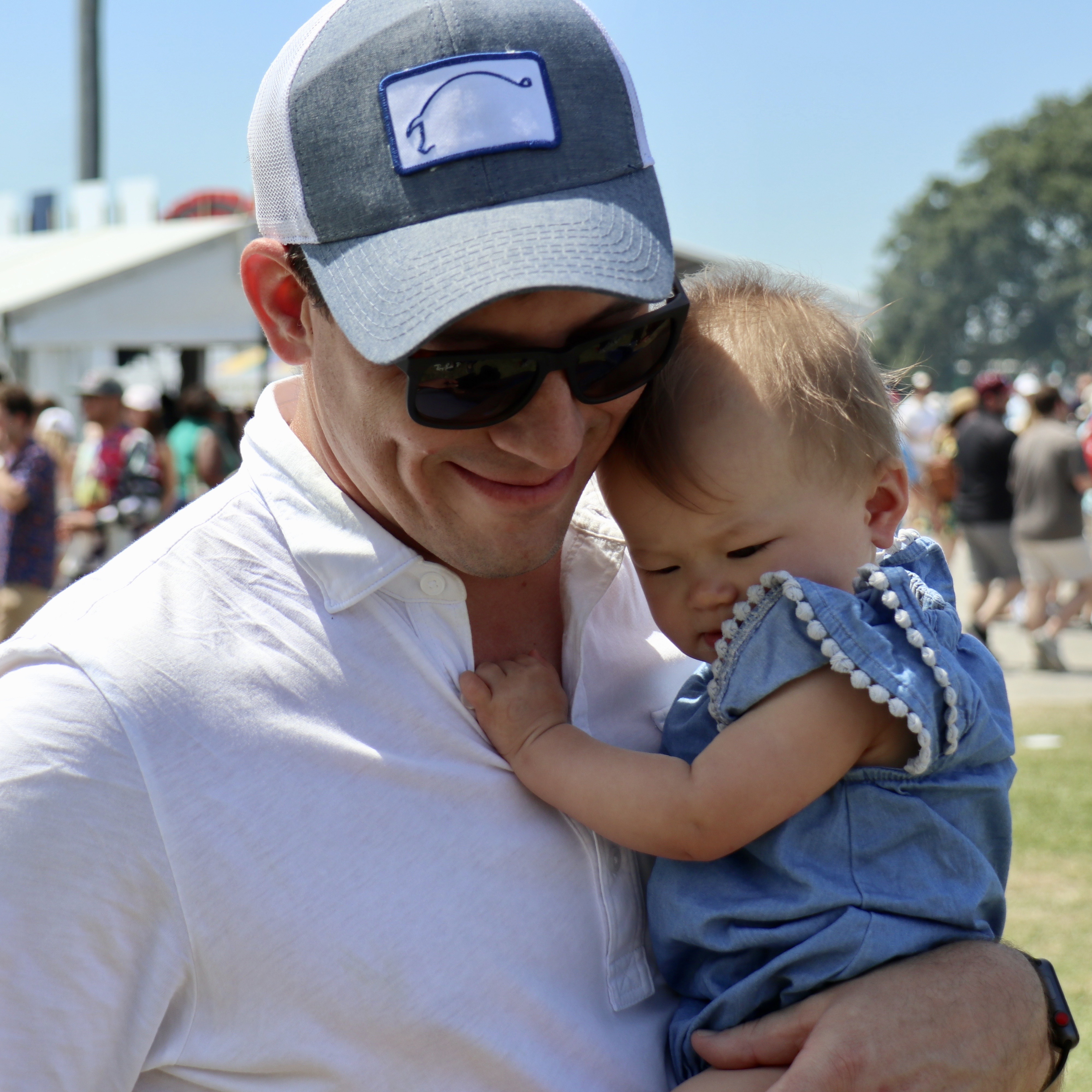 Greyson’s cousin, Ansley, with her dad at Jazz Fest (photos by: Folwell Dunbar) 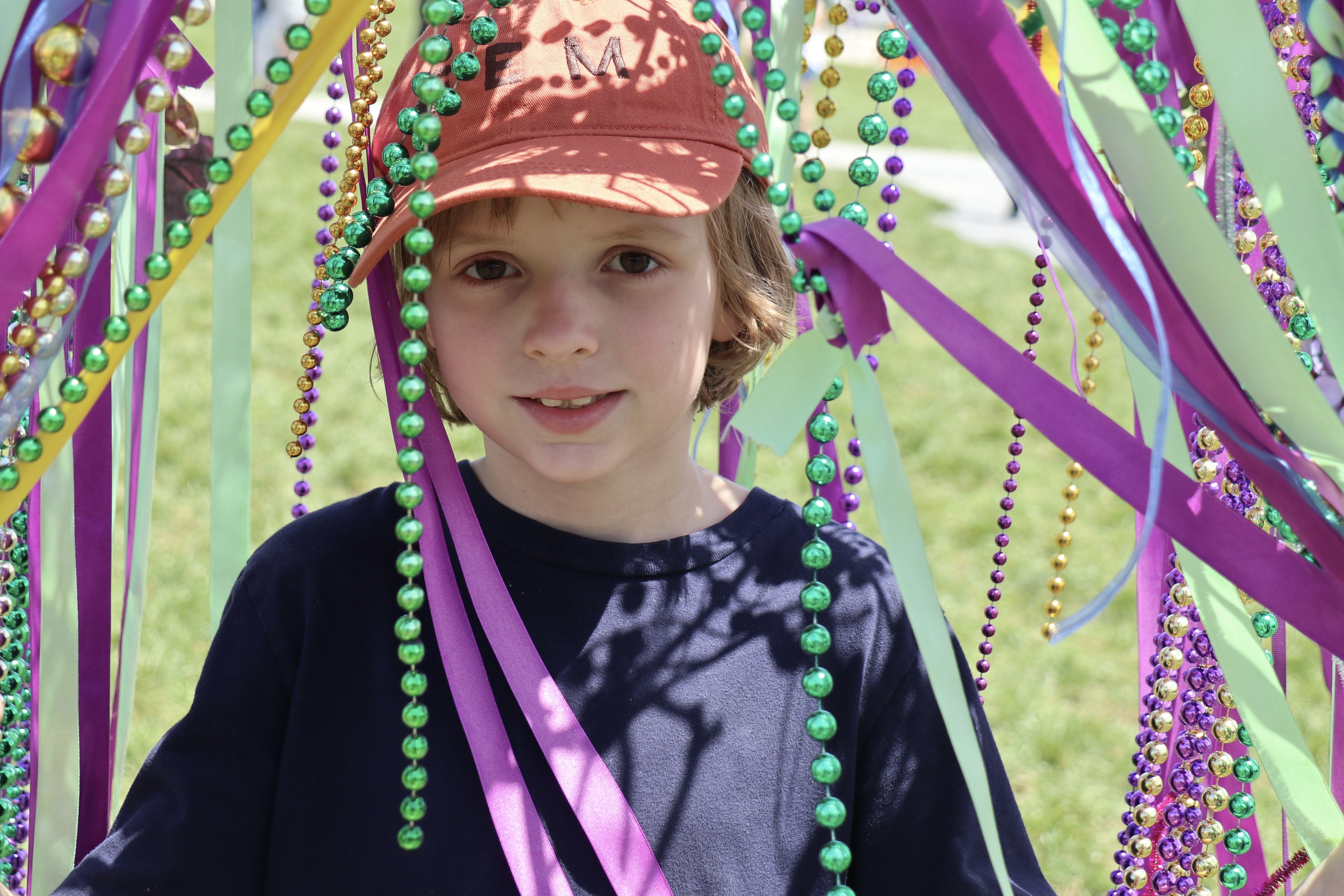 Greyson near the Kids’ Tent (Photos by: Folwell Dunbar)

He looked at me a bit disappointedly, and proceeded to question people in the crowd. As he did, a twenty-dollar bill slipped from a man’s pocket, and he leaned over to pick it up. “I think you dropped this as well,” said Greyson, handing the man the dollar.

The smile on Greyson’s face was as moving as the music from Rubber Soul.

* The other three albums were Moondance by Van Morrison, Reggatta de Blanc by The Police, and The B-52’s by The B-52’s. I later would discover Bob Dylan, New Orleans R&B and the Buena Vista Social Club. 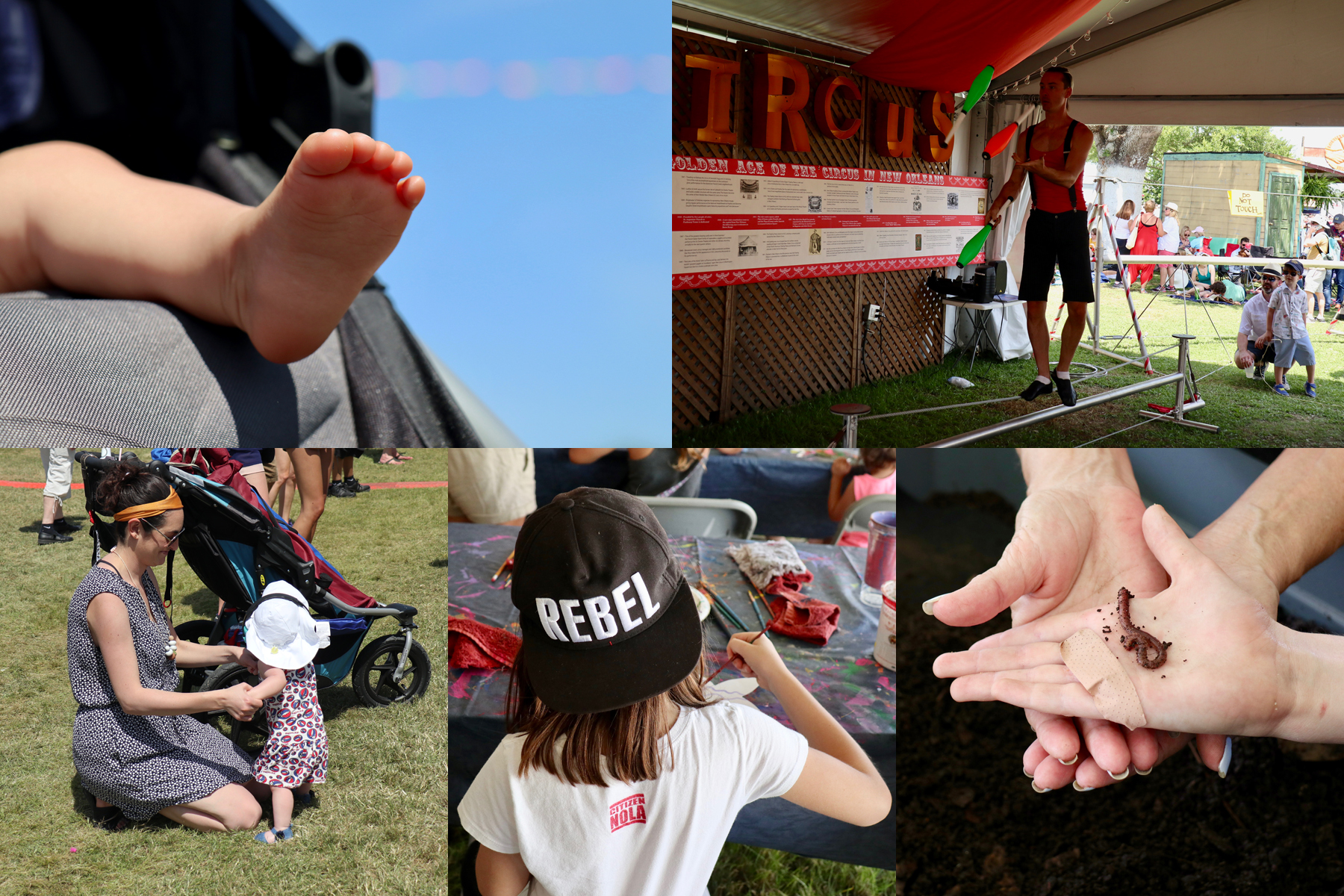 Jazz Fest 2018 when you embrace the spirit of a kid (photos and collage by: Folwell Dunbar)

Folwell Dunbar is an educator, artist and a self-proclaimed “favorite uncle”. His book, He Falls Well, will be released later this summer. He can be reached at fldunbar@icloud.com

An ode to the Man in Me
Reflections

Jazz Fest revisited: Observations from a former devotee
Festivals
We use cookies to ensure that we give you the best experience on our website. If you continue to use this site we will assume that you are happy with it.Ok