Tulane’s Crawfest is coming back to town this weekend

TICKET GIVEAWAY: Be the first to email kelley@nolavie and win 2 free tickets to Crawfest! 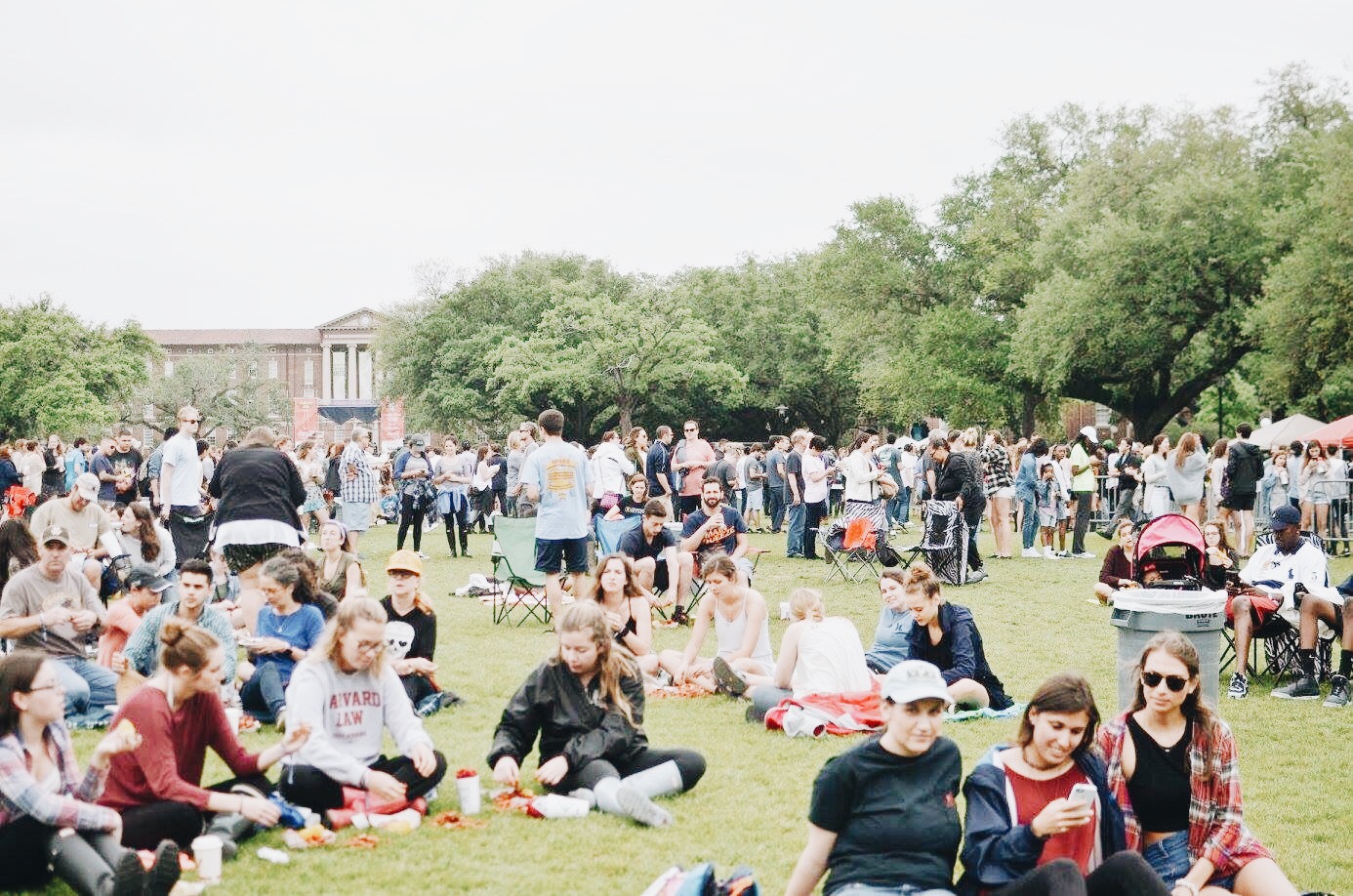 Students, faculty and friends of the Tulane community gathering around the LBC quad during Crawfest 2017 (photos provided by: Crawfest)

The annual event began post-Katrina to unite university students who faced tragedy. It was a way to celebrate the institution’s reopening and to thank the local community for its help in rebuilding the campus both physically and emotionally.

“Over the years, motivated students have found creative ways to improve the day-long event, and its popularity has grown. Now we are one of the biggest crawfish boils around, and the largest completely student-run festival,” says festival director and Tulane senior Noah Steinauer.

Crawfest draws around 10,000+ attendees and there’s no surprise as to why.

From 11:00 AM to 7:00 PM, Tulane’s Lavin Bernick Center and Newcomb Quads will have 20,000 pounds of crawfish for students, faculty and friends of the university’s community to feast on as they dance and enjoy some tunes. 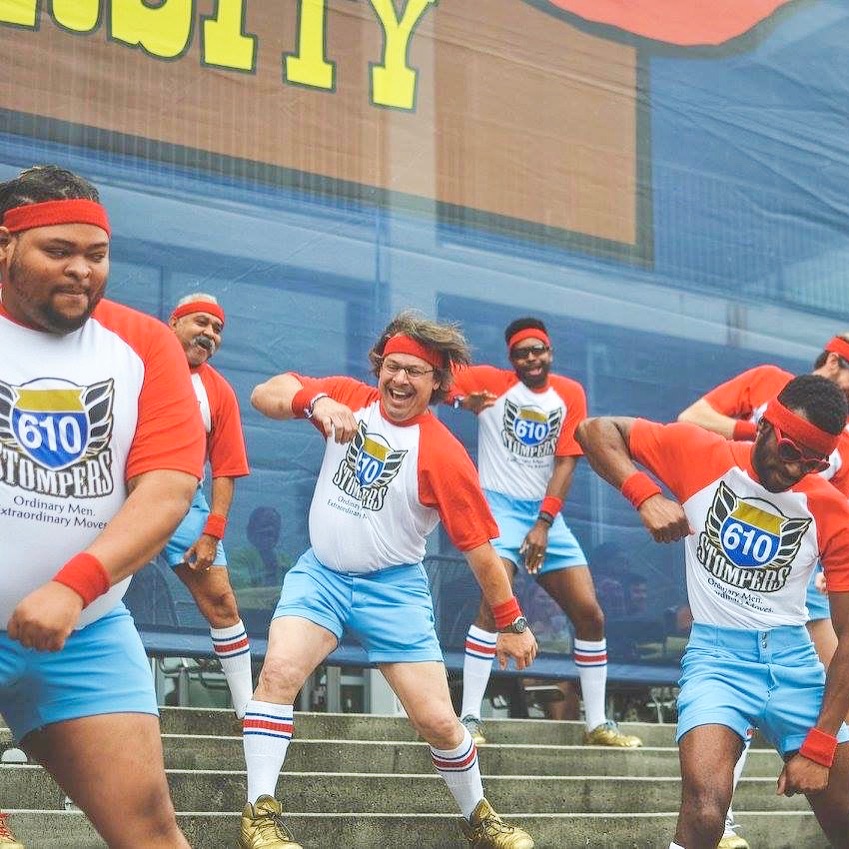 Crawfest’s lagniappe department brought the 610 Stompers to preform on the LBC quad steps for its 11th year (photos provided by: Crawfest)

Crawfish is an integral part of the festival and not only because it’s the food served, but also because it plays a large role in the state’s local culture and traditions. Louisiana produces 90% of the nation’s Crawfish, but you probably already knew that. Did you know that Crawfish come in several colors like blue, white and green, but only turn red when they boil? Or that Crawfish have eight legs–four which are used for walking, the other half are used for swimming, and that they walk forward but swim backwards?

Local retailer Johnny’s Seafood will provide the event’s centerpiece. Johnny and his team will arrive at 5:00 AM to prepare for the hungry attendees. Unlimited crawfish will be served straight from the pot and onto tables and plates. You’ll have to eat it like a true New Orleanian. Don’t know how? Grab the head with one hand and the tail with your other hand. Twist and rip the tail off and then peel off the first few rings. Pinch the end of the tail, suck it for some flavor, and then pull out the meat from the shell.

Not into eating shellfish? Don’t stress. You’ll be able to purchase food from several local vendors surrounding the fest grounds and from four food trucks. Some of this year’s vendor options include Dat Dog, Pizza Domenica, Canes and more. “Our food vendors traditionally come up with exclusive dishes for Crawfest that allow our guests to have a truly unique experience, as well as support local culinary artists big and small alike,” says Steinauer.

Crawfest 2018 features a lineup of seven unique and energetic artists that will bring good vibes to the funky outdoor hang out, including Papadosio, Baha Men, Brasstracks, and Omari Neville and the Fuel. You can find the full line-up here.

If you’ve been to Crawfest before then you already knew you could count on delicious food and funky tunes. But there are a few new additions to this year’s fest that might surprise you.

Emma Rogers, the fest’s community outreach manager, shared inside information with me you’ll want to know. For the first time, Crawfest is selling beer. NOLA Brewing Company will be there to serve local ales including Abita Amber, Abita Strawberry, NOLA Blonde and the university’s very own Green Wave beer.

Possibly more exciting than serving alcohol for the first time is the fact that there will be puppies to play with. The LASPCA will be onsite featuring rescue pets, conducting a donation drive and spreading awareness about animal care and rescue opportunities.

The Crawfest ramped up their Lagniappe department. “Lagniappe is a Louisiana term for something extra or unexpected, and our Lagniappe team will bring just that. They are responsible for organizing engaging activities and pop-up performances during the event,” says Steinauer.

They will feature activities such as henna tattoos and making wax hands. Festival goers will also be able to participate in live art display experiences, one of them being a “Before I Die” wall, where students will be able to reflect on their lives and motivate themselves to accomplish a goal by writing it down. 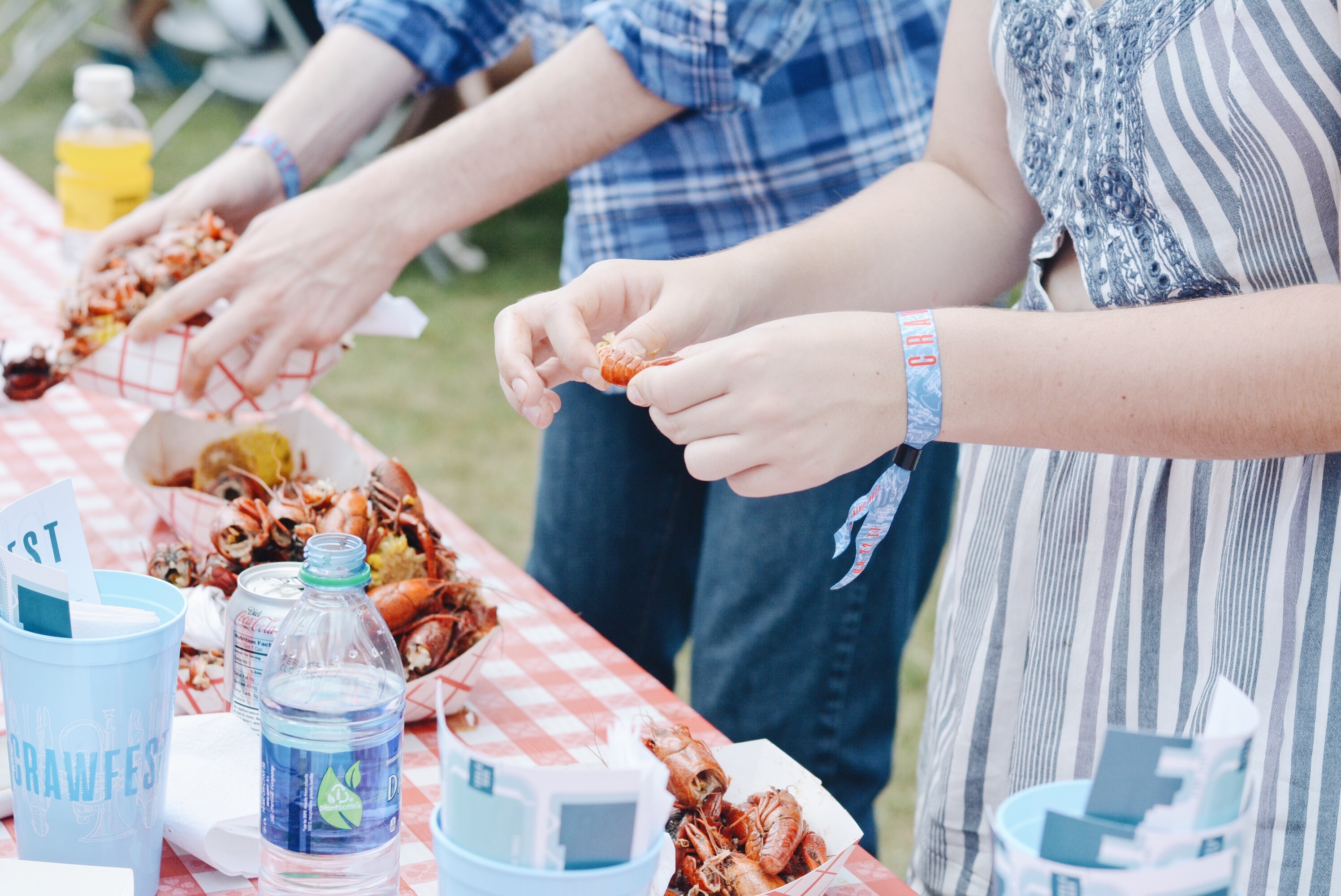 Tulane student peels a mudbug and prepares to eat it during the 11th annual Crawfest (photos provided by: Crawfest)

Rogers anticipates growth for the festival in years to come. “We would love to cater to the interests of more members of the New Orleans community. For me personally, I would love proceeds from Crawfest ticket sales to benefit local nonprofits like Lower Nine, for long-term recovery of New Orleans’ 9th ward, and Greater New Orleans Foundation, for civil solutions in all GNO parishes. Revitalization of post-Katrina New Orleans is an ongoing mission that relies on the efforts of all members of the New Orleans community, and our campus is incredibly lucky to have benefitted from those same recovery solutions still being provided today,” says Rogers.

Admission to the festival is free for Tulane students and faculty as well as for children 12 and under. Other university students with valid student IDs can use the code “student” to receive %15 off entry. Entrance for the general public costs $15,

Crawfest
Festivals
We use cookies to ensure that we give you the best experience on our website. If you continue to use this site we will assume that you are happy with it.Ok