The fourth incarnation of New Orleans’ citywide art exhibition, Prospect. 4: The Lotus in Spite of the Swamp, creates a rare opportunity to view works made by 73 artists hailing from North America, Latin America, the Caribbean, Africa, Asia and former colonizing European nations. The artworks, focusing on issues of identity, displacement and cultural hybridity, were selected by P. 4 Artistic Director Trevor Schoonmaker, chief curator of Duke University’s Nasher Museum; 32 works were specifically commissioned for the exhibition.

And, you’ve got three more weeks to see it all. Continuing through February 25, Prospect. 4 will culminate during its final weekend with the installation of Kara Walker’s newest public artwork, “The Kataswof Karavanat,” on Algiers Point. Acclaimed jazz pianist Jason Moran will perform there on Friday at 4:30 PM and again on Saturday at 2:30 PM.

Prospect4 encompasses 17 venues throughout the city, including New Orleans Museum of Art, Ogden Museum of Southern Art, Contemporary Arts Center and the Historic New Orleans Collection, as well as numerous P.S. Satellites. Outdoor exhibitions are free as well as many venues; museums have free days for Louisiana residents.

In a roundabout, four-hour tour, I visited several sites, finding a variety of offerings from paintings to video and lecture. Starting at Bywater’s Crescent Park, my dog and I ventured inside Radcliffe Bailey’s “Vessel,” a bomb shelter-like structure with a skylight that created the impression of being underwater. Hanging above, a conch shell emits nautical sound, its whooshing reverberating off the vessel’s metal sides. Down the path, Hông-Ân Tru’o’ng built a contraption on the ground with angle iron, electric cords, public address system, light bulbs, neon light, amplifier and metal boxes with the objective of examining collective narratives and histories spanning cultural and national borders. Her visual and audio installation is called “To Speak a Language.” 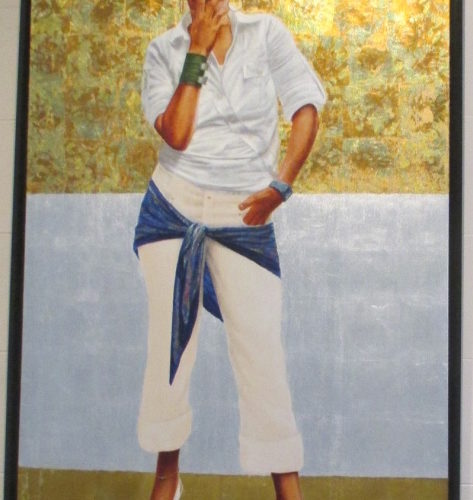 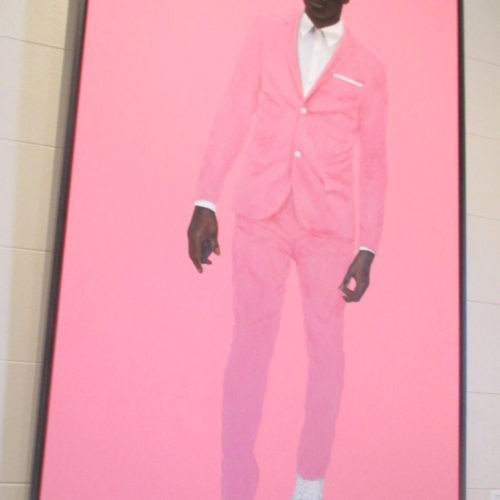 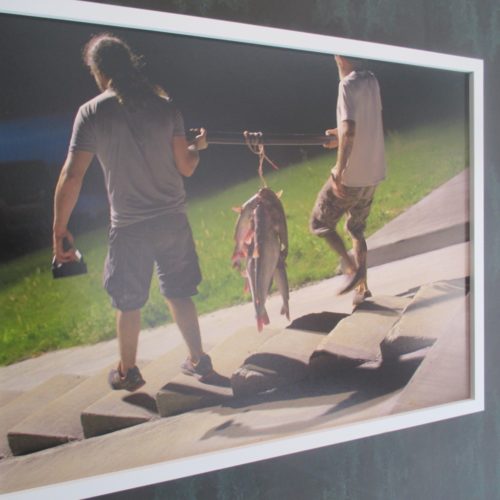 In the New Orleans Jazz Museum at the U.S. Mint, extraordinary Mardi Gras Indian suits are presented, accompanied by explanations of their fascinating history, as well as Louis Armstrong’s handmade collages. Barkley L. Hendricks’ remarkable oil portraits of African Americans are displayed in the New Orleans Museum of Art’s main gallery. Silhouetted against vibrant backgrounds of hot pink, gold, yellow and silver, his paintings circle the lobby. Many of these works, painted between 1970 and 2016, pulled from private collections, have never before been publicly displayed. Hendricks passed away unexpectedly during the planning of Prospect. 4. On NOMA’s second floor, startling vignettes of emotional, interracial scenes painted by Nigerian-born Njideka Akunyili Crosby depict everyday life. Her work explores alienation that can be caused by living in a different culture and in a world with varying perspectives.

The pièce de résistance, in my opinion, is “Precarity” at the Ogden Museum where Ghanaian filmmaker John Akomfrah has made a three-channel film installation about the legendary, turn-of-the-century cornetist Charles “Buddy” Bolden who was the most popular New Orleans musician before being committed to the State Insane Asylum in Jackson, La. Diagnosed as schizophrenic, Bolden spent the next 25 years in confinement. Akomfrah presents him in a bowler hat and finery, staring disconsolately across historic scenes, such as slave cabins, sugar cane fields, floods and petroleum refineries. Using haunting music and archival footage, Akomfrah tells Bolden’s story from Storyville jazz clubs to the asylum, water running over old photographs and a narrator repeating, “I am the only object between water and sky.”

Get out there and bite into some culture with your king cake! For additional information, see www.prospectneworleans.org.