All roads (and canals) lead to New Orleans: Revisiting the Eternal City and finding home

“Oh, the streets of Rome are filled with rubble, When I was in college in the late 1980’s, I spent a semester in Rome. Being a history major, I felt like a dung beetle in a manure factory. I scurried up, down and all around those seven famous hills.

My classmates and I stayed up all night in cafes drinking cheap vino rosso by the liter, and babbling on about philosophy, history and the arts. We played Nerf football in the Circus Maximus and Frisbee golf in the Borghese Gardens; in search of research paper filler, we scoured the Vatican Museum like Dr. Robert Langdon in The Da Vinci Code; we recited Julius Caesar and I, Claudius from the steps of the Forum; and we crossed the Tiber to watch Fellini films with English subtitles in the Trastevere. It was our own Movable Feast, with the backdrop of the Colosseum instead of the Eiffel Tower.

Every morning I would catch the bus to school at a stop next to an old nondescript church. Partly because it was “nondescript,” and partly because there is a church on just about every block in town, I never paid it much attention. Then one day it started to rain, so I was forced to duck inside. There, on the back wall of the narthex, was a beautiful painting, a painting I could have sworn I had seen in an art history book. As it turns out, I had. It was a Caravaggio from the early 17th century. Rome, I quickly discovered, is a city of unexpected treasures around every corner.

At the end of the semester, I vowed to return. “Veni, vidi, vici,” I declared to my friends! “And, I’ll be back to live and work someday – I guarantee!” (Author’s note: I said, “guarantee” in an exaggerated Cajun accent, like that of the famous chef, Justin Wilson. Unfortunately, no one got the reference.)

“What are ya gonna do?” they asked.

“Write an updated version of the Aeneid in limericks.” I said. “Teach Catullus, repair Vespas, or make pasta – It really doesn’t matter, as long as I’m in Roma.” (Author’s note: I said “Roma” in an exaggerated Italian accent like that of comedian Don Novello’s Father Guido Sarducci. Again, no one got the reference.)

Like most college juniors, I was unabashedly self-confident; and, like Twain’s Innocents Abroad, I was also woefully naïve. 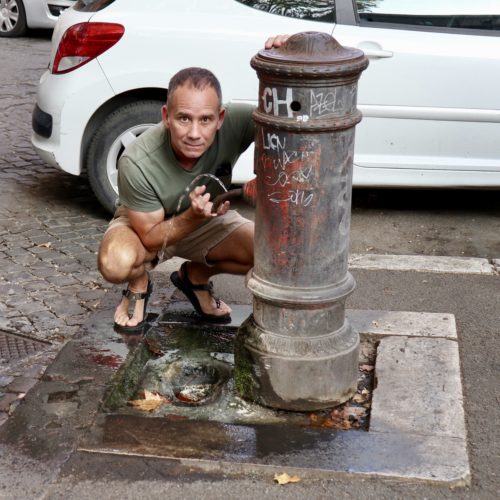 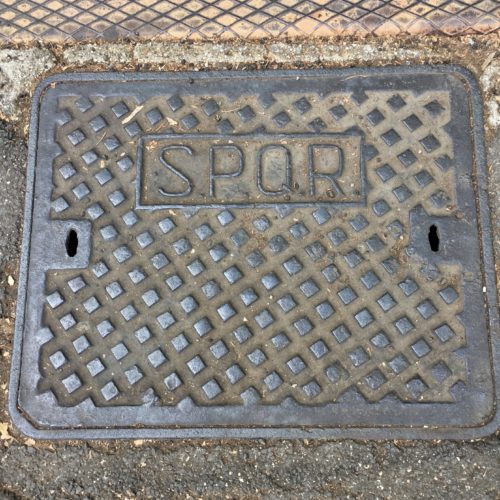 The Senate and People of Rome (photos provided by: Folwell Dunbar) 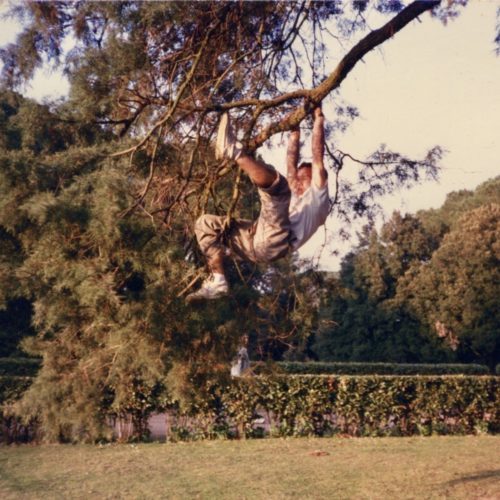 The author climbing trees in the Borghese Gardens in 1988 (photos provided by: Folwell Dunbar)

After college, I joined the Peace Corps. Not surprisingly, there were no openings in Italy. Instead, I shipped off to South America where I lived on a small farm outside the bustling metropolis of Zhumar, Ecuador, population 38 during the high season.

After my Andean sojourn, I moved back to New Orleans to attend grad school. I lived in a tiny studio apartment on Magazine Street, taught ancient history in the Lower Garden District, took classes at Tulane, and bartended in the Marigny. After a couple of years, I moved into a half a shotgun with my future wife. Eventually, we bought a “doublewide” in the Bywater. With the exception of a regrettable two-year hiatus in Cary, North Carolina (It’s half-heartedly referred to as the “Concentrated Area of Relocated Yankees.”), we’ve never left.

Every now and again, I would mention Rome to my wife. “It’s a magical place,” I’d say. “It’s got treasures around every corner. For example, one day I was standing at my bus stop…”

“And you discovered a Caravaggio,” she said. I know; you told me the story. So, why didn’t you go back? Why didn’t you follow your dreams?”

“Not sure,” I said. “I guess I got sidetracked. Sometimes dreams morph into something else.”

“Or, as your dad likes to say, ‘We’re like chickens, eventually, we all come home to roost.’ Maybe that’s what happened?”

“Maybe that’s why New Orleanians perch on their stoops,” I joked.

This past summer, I got an unexpected call from an old friend. “I went to a charity auction last night,” said Richard, “where I think I may have had one too many martinis. I bid on a private cruise of the Amalfi Coast in a catamaran and, well, I won.”

“Is the Pope Catholic?” I said.

Unfortunately, my wife wasn’t as quick to jump onboard. “We can’t justify going to go to the Mississippi Gulf Coast,” she protested.

“But, it would be the trip of a lifetime,” I pleaded.

“More like a week of me being seasick,” she countered.

So, I pulled out my ace in the hole: “We could go early and spend time in Rome,” I suggested. “You know, it was always my dream to return…”

So, we booked a flight that night to Leonardo da Vinci Airport, and an Airbnb in the Trastevere, Rome’s version of the Bywater, I downloaded the audiobook version of SPQR by Mary Beard, we grilled a friend’s father who had worked for the UN in Italy, and we watched La Grande Belezza by Paolo Sorrentino. 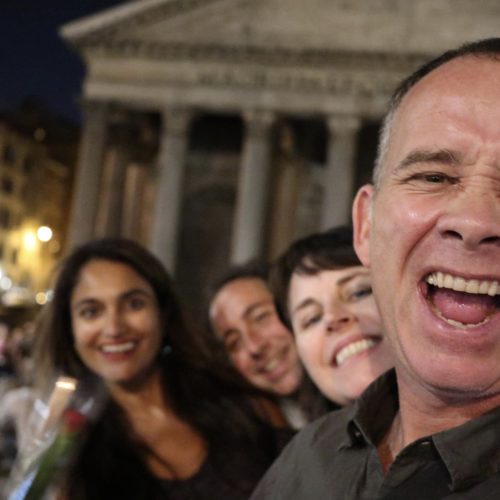 Folwell Dunbar with his wife and Outlaws enjoying A Movable Feast at the Pantheon (photos provided by: Folwell Dunbar) 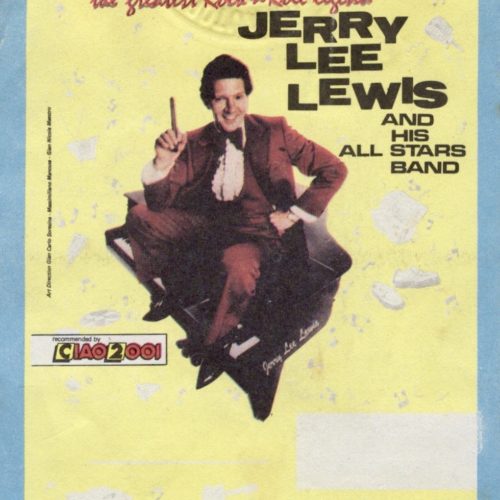 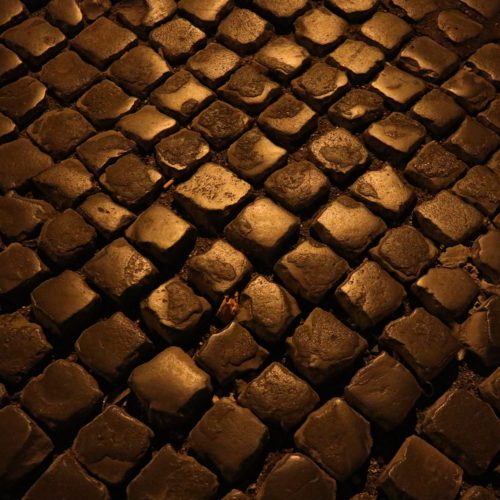 Oh, the streets of Rome (photos provided by: Folwell Dunbar)

Once in Rome, we hit the cobblestone streets like Mardi Gras revelers, revelers who just happened to be a bit less spry and not quite as carefree as their younger, “Innocent” selves. We heard the never-ending chorus of “Buon giorno,” “Prego,” “Allora” and “Ciao,” and the drumbeat rumble of tiny cars and loud scooters. We saw old men in corner cafes sipping espresso from tiny cups, prosciutto panini, pizza al taglio, supplì and zeppole lining the shelves of countless window displays, tall women in high heels dancing in the street with handsome men in Armani suits, and, every morning, amber-colored sugar crystals floating on a raft of cappuccino froth. We stood in the long line of tourists snaking its way toward the Pantheon, a two thousand-year-old building that still invokes awe; and we ignored the young Bangladeshi men hawking selfie sticks at the top of the Spanish Stairs. After almost thirty years, the city was still a movable feast!

“How cool is that?” I said to my wife on our last day, pointing down at a cast iron water lid. “SPQR’ is the title of the new book I’m reading. It stands for the Senate and People of Rome. It’s a little reminder of the history pulsing beneath our feet. As I said, there are treasures around every corner!”

“I kinda like our crescent water meter lids better,” my wife said. “We have treasures around every corner as well. Isn’t it one of the reasons we chose to stay in New Orleans?”

“True dat” I said. “Magazine Street is our own Appian Way, and the Vieux Carré is our version of the Forum Romanum.”

Somehow, my Roman Holiday had taken me home. Rome is to Florence what New Orleans is to Charleston; it’s got plenty of tourist attractions, but it’s still a real city. It has distinct neighborhoods and family-owned (non-franchised) restaurants, bars and coffee shops. It is a walking town where history and hip swimmingly coexist. It’s got potholes and polish, Elegance and Decadence, Piety and Desire.

Like Rome, New Orleans is on just about everybody’s wish list of places to visit. (There’s a reason The New York Times ranked it as their number one destination for 2018.) And, many of the people who visit, end up staying. Lured by the hype of Bourbon Street and the Garden District, swamp tours and creole cuisine, Jazz Fest and Mardi Gras, they become hooked on the people and their joie de vivre. They apply the expression, “When in Rome…,” to the Crescent City and become new New Orleanians.

While three hundred years is certainly no eternity, it is long enough to develop character – and, plenty of characters. From Bienville, Gálvez, and Jackson, to Beauregard, Long, and Boggs, from McDonogh, Zemurray, and Stern, to Brennan, Prudhomme, and Fertel, from Pops, Longhair and Fats, to Audubon, Degas, and Kohlmeyer, from Laveau, Blaze, and Owen, to Morphy, Maravich and Manning(s), from Williams, Capote, and Rice, to Stanley Kowalsky, Ignacious J. Reilly and Benjamin Button, we have our own “ancient” footprints everywhere. Yes, “You can almost think that you’re seein’ double / On a cold, dark night on the Spanish Stairs…”

As far as I’m concerned, all roads (and canals) lead to New Orleans.

Note: In his autobiography, Chronicles: Volume I, Bob Dylan claims, “There are plenty of places I like, but I like New Orleans better.”

I have to agree.

Folwell Dunbar is an educator, artist and Italophile. He lives La Dolce Vita in the “City that Care Forgot.” He can be reached at fldunbar@icloud.com

Burning down the house with french fries
Creative Writing