And that is what has happened with filmmaker Russell Blanchard’s short, “The Lot.”

The film, which centers on Grady (Escalante Lundy), a café owner who turns the abandoned lot across the street into a park for kids starving for a place to play, has spurred the creation of an actual park in an area of Algiers that sorely needs it.

The two-part process was always the goal from the start, says Blanchard. “One is to spread this story to as many people as we can about helping your own community, and two is complete the story and actually build the park.”

The whole idea started with a conversation a couple years ago between Blanchard and Baakir Tyehimba, owner of the Black Star Books and Caffe in Algiers, about what it means to help your own community, says Blanchard.  They talked about how “sometimes folks get caught up, you know, you could donate $20 to help whatever cause wherever in the world, but oftentimes, right outside your own window, in your own neighborhood, there’s people that need help on your own block.”

And that led to Tyehimba describing his effort nearly a decade ago to turn the abandoned lot across from Black Star into a playground for the dozens of kids with no place to play and a lot of idle time in post-Katrina New Orleans.

Blanchard remembered that time well.  “There were lots of kids in the neighborhood, because Algiers was one of the first places to open back up, so you had sixty, seventy kids living on every block and these kids were playing in the street and didn’t really have anywhere to get to play, no parks really close by.”

So with the permission of the owner, Tyehimba cleared off the lot across from Black Star with his own money and built a small park and a woodworking shop to teach children some outdoor skills after school.

The park was successful for a summer, says Blanchard, but then Tyehimba ran into a lot of red tape.  Apparently, he “didn’t use the right type of fence since it’s a historic district, and mainly didn’t have private park insurance, so the landowner would’ve been liable if something happened.”

And while the park only lasted for a summer nearly ten years ago, those kids, now 15, 16, 17-years-old, “they all still stop in his shop remembering what he did for the community,” says Blanchard.

So with Blanchard struggling with ways that he could help his own community, he decided, as a filmmaker, “the best way I could do it would be to put this story into narrative form, and then hopefully one day we could complete the story, so that’s kind of the road we’re on.” 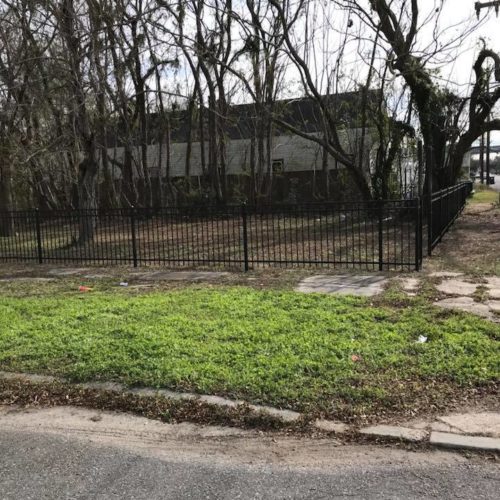 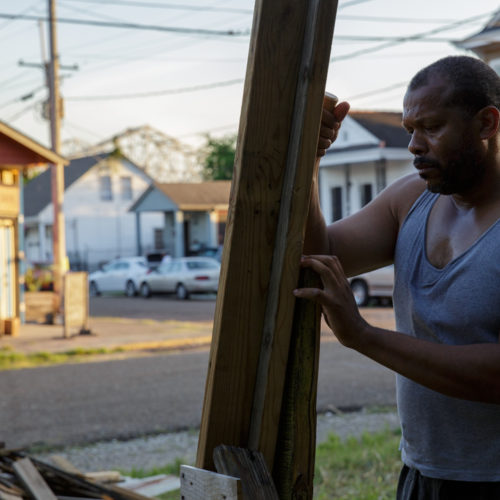 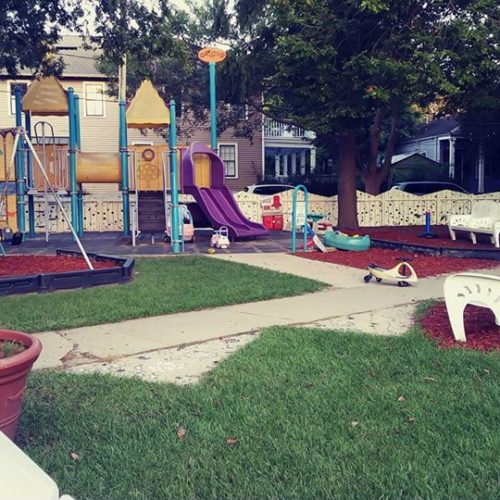 Co-written by Ben Gouldthorpe, “The Lot” has played at over twenty film festivals around the country, winning numerous awards.  But there was still Part II – the park itself.

Ideally, the hope was to build the park on the site of the actual lot from the film, says Blanchard, but the price was just too high.

Luckily, in stepped Confetti Kids, a parent-founded non-profit based in Algiers that maintains Confetti Park.

“They saw the film, and really decided to champion this cause,” says Blanchard.  “Through their connections, we were able to lease a lot that’s only three blocks away from the original one, it’s twice the size, and they already have a lease on the property.”

And it’s in an area that still needs parks over ten years after Katrina.  Based on studies, the area of Old Algiers where the new park will be located is officially a “park desert,” Blanchard says.  Currently, the closest park is about fifteen blocks away.

“For young kids between five and ten, that’s a long way,” adds Blanchard, “so there’s a big need for parks, and a lot of the residents have said anything that gives the kids a better place to play to get them out of the street is helpful for the community.”

Confetti Kids will be hosting ‘A Whole Lot of Love’ an adult cocktail mixer, on January 13 at the home of Councilwoman Kristen Palmer.  There will be a screening of “The Lot” as well as a newer accompanying short, “Build the Lot,” “which bridges the gap between the narrative and the effort to complete the park,” says Blanchard. All proceeds from the event be donated to the new park, which Confetti Kids is calling “The Lot” based on the film.

You can also watch “The Lot” on streaming service Seed and Spark. For more information on “A Whole Lotta Love,” visit the Confetti Kids Facebook page.

NOLA-set film seeks test audience
Films and Screenings
We use cookies to ensure that we give you the best experience on our website. If you continue to use this site we will assume that you are happy with it.Ok