The Shins bring the charm at Civic Theater Iconic indie rock band, The Shins, are on tour for the benefit of their newest album, Heartworms, and their date in NOLA reached capacity months before the show took place. The Shins haven’t played in New Orleans since McAlister Auditorium in 2013, and before that they hadn’t visited since their tour with Modest Mouse in 2000. So, it’s safe to say the city was well-overdue for its recommended dose of melodic alternative pop.

The band was formed in 1996 by lead singer/songwriter, James Mercer, with his fellow bandmates in Flake Music. After signing to Sub Pop Records and releasing their debut album Oh, Inverted World in 2001, they broke commercial success and the song “New Slang” snowballed into one of the biggest alternative music singles of all time. It was featured in the movie Garden State by Zach Braff and from then on, The Shins became a figurehead in the indie genre.

Since Oh, Inverted World, Mercer has released four more studio albums, juggling several changes in the band’s lineup, leading to an all-new cast for the new record, Heartworms, and the subsequent tour. As Mercer has always been the primary songwriter and voice of The Shins, he simply saw the relinquishing of his former bandmates as “an aesthetic decision,” which allowed him to have a renewed interest in the band.

The new members are all a bit younger than Mercer, and it showed in their live performance, but in a good way. The set for the night began with the monster hit “Caring Is Creepy,” which was also featured in the movie Garden State. It was immediately apparent that the new group of musicians was thrilled to be on stage with Mercer. Backed by a large blacklight tapestry of artwork inspired by the new record, The Shins put on such an energetic show that it was exhausting just to witness. All the new bandmates exuded an aura of happiness and excitement, unmatched by almost any artist to stop at the Civic, including At The Drive-In. Jumping around and swinging their instruments about like rockstars, the band’s mood had an infectious result on the audience, making it easy for everyone to enjoy themselves. They played through a staggering amount of favorites, and a few tracks from the new album. 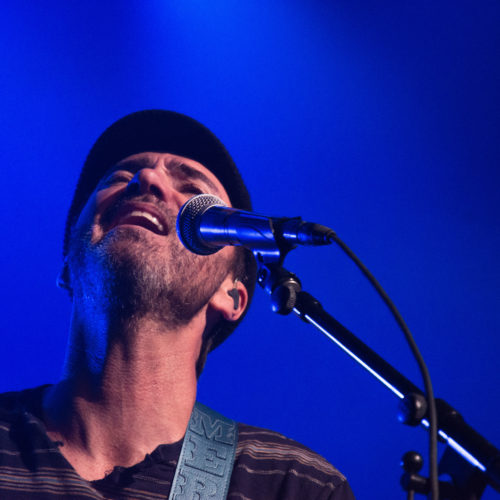 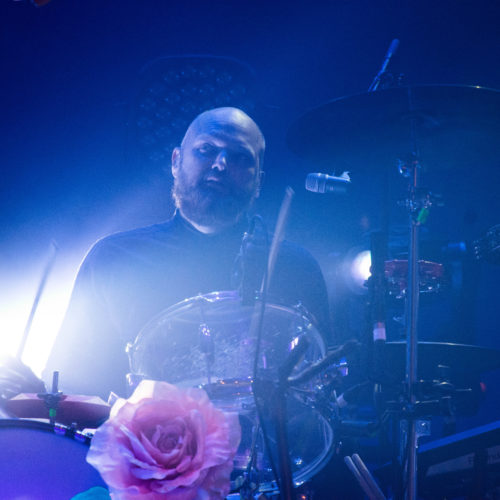 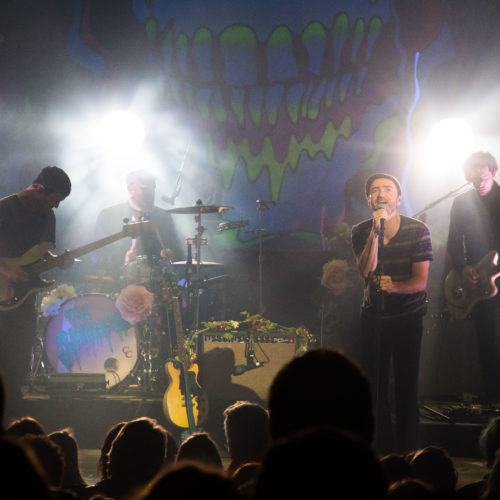 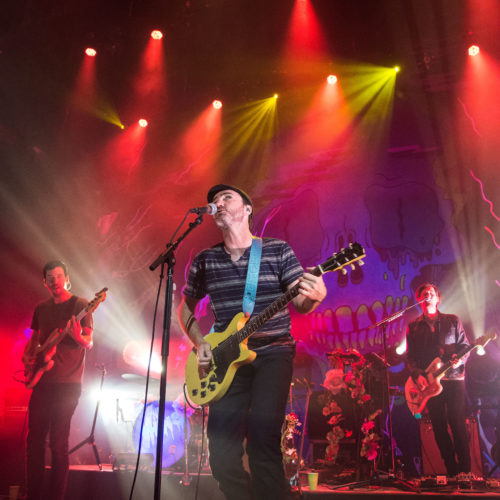 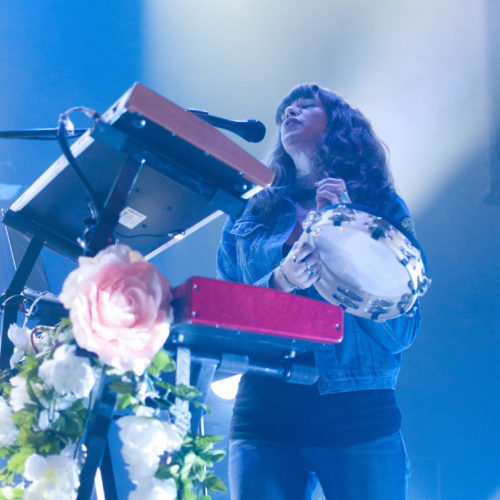 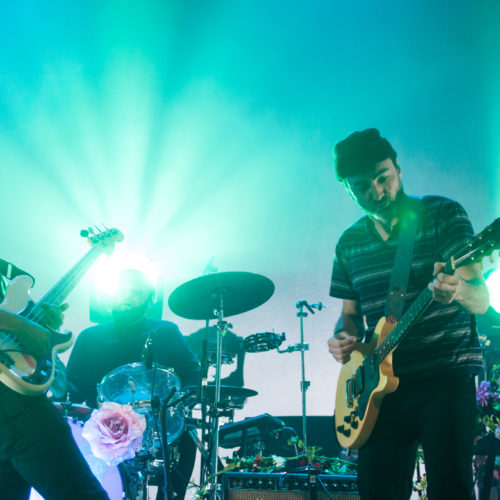 For the first half of the set, James’ vocals were suffering a bit due to what he called “The Kettle Cough,” which he presumed to have caught in the last day or so. However, after the overwhelmingly positive crowd helped him by singing along as loud as they could, Mercer seemed to regain his composure and even his voice appeared to return with gusto. It was like magic, the magic of the band/audience relationship. “I had a rough start, then you guys kicked in. This is the best crowd of the tour,” Mercer said.

The Shins played everything from “Kissing the Lipless” to “Mine’s Not a High Horse,” and then ended the set with “Simple Song.” Not long after leaving the stage, almost too quickly, the musicians came back to tune and ready their instruments for the encore–hardly giving the crowd a change to demand them back.

It was inevitable, though, and the encore was easily the best part of the show. It started with “The Fear” from Heartworms, but then the fans went bonkers as they played the mega single “New Slang,” to which everyone continued singing their hearts out with James. The final track of the night was the beloved journey through sound entitled “Sleeping Lessons.” It was a perfectly progressive and climactic choice for the last track of the evening, and it came with a surprise. During the peak, The Shins dropped everyone’s jaws, inserting a verse and chorus from Tom Petty’s “American Girl.” After belting the lyrics to the late legend’s classic, the audience was once again mind-blown with a hugely upbeat and loud return to the climax of “Sleeping Lessons.” The venue was overflowing with positive feelings all-around, bright with light from the stage, or possibly from the sea of lit up faces, tearing up at the sound of the happiest show New Orleans has seen this year.

Either way, Mercer and the new band were awed by the unanimous love sent back at them from the crowd, and as they took a group bow, the eruption of applause made it all too clear that they won’t be able to resist returning soon.

A “Tuesday Afternoon” with The Moody Blues
Music

At The Drive-In sells out Civic Theater
Music
We use cookies to ensure that we give you the best experience on our website. If you continue to use this site we will assume that you are happy with it.Ok