A circa 1885 Currier & Ives litograph depicting a bird’s-eye view of the New Orleans riverfront, then crowded with riverboats. (Currier & Ives/Library of Congress)

The old-timers who settled New Orleans were smart. They already knew what we learned the hard way: the city isn’t flat, and, it is incredibly vulnerable to storms and flooding. (The Native Americans who lived here were even smarter. They came to the area to hunt and fish, but usually lived in permanent settlements farther away.) Because of this, the settlers, pioneers really, built their homes on the “high” ground of natural levees and ridges, and, for good measure, lifted them up even higher on piers. They used materials like cypress that were water resistant, and, they put battens or shutters on windows and doors. The city’s antebellum footprint reflected their wisdom.

The old-timers were also realistic. They knew that they were taking a calculated risk living in a river delta. They knew the Mississippi River would periodically flood, and they knew storms would inevitably come…

In the 20th century, the Army Corps of Engineers leveed the entire length of the Mississippi River. Here in New Orleans, we drained the backswamp with the Wood’s pump, and we settled at the bottom of the bowl. We built brick, ranch-style houses on the ground, and we replaced shutters and battens with drapes and window units. The city’s footprint grew to include sinking land well below sea level – now surrounded by a rising sea! 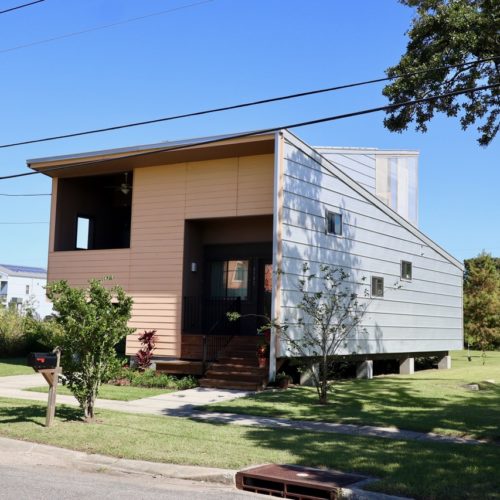 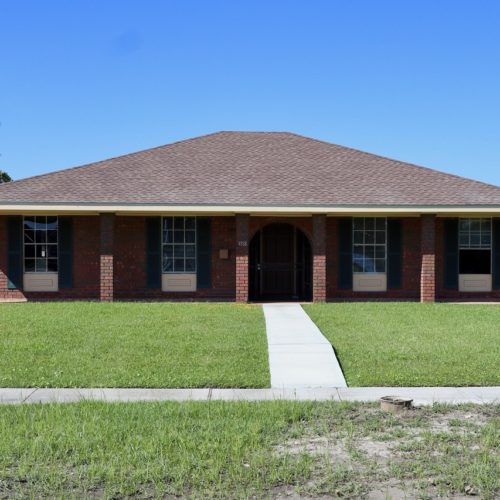 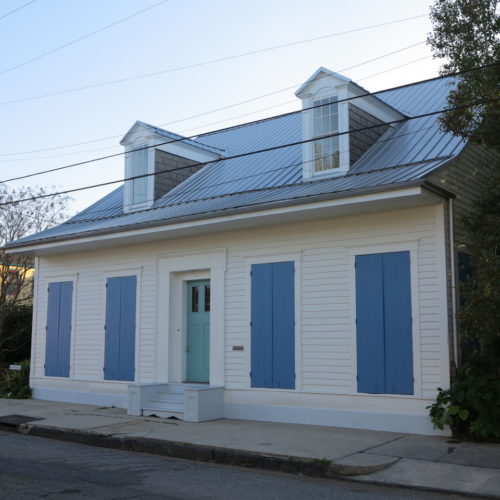 19th century house near the river (photos by: Folwell Dunbar)

Unlike our ancestors, we weren’t terribly smart.

I remember visiting the home of a brilliant math professor from UNO. He lived in Gentilly, in an area that was once a cypress swamp. His house sat on a cement slab and looked up at a drainage canal. I remember scratching my head and telling a friend, “That just doesn’t seem right?!”

Levees, pumps and canals had given us a false sense of security; we all suffered from generational amnesia.

And then Katrina hit.*

* One of the greatest lessons from Katrina is that we can’t trust the Army Corps of Engineers nor the people who were supposed to hold them accountable for quality work.

Navigating the big muddy at the end of the world
Environment