Jump back with us in our summer Throwback Thursday series, as we revisit some of our favorite pieces from previous summers. Let’s revisit June 2012, when Glen Abbott revealed to us, a secret city in Tennessee.

Despite its colorful reputation for scandals and corruption, Louisiana is not home to America’s “Secret City.”

That honor goes to Oak Ridge, Tennessee — although not for the aforementioned reasons.

In an era of instantaneous information, it’s difficult to imagine the U.S. government being able to keep the existence of an entire city a secret.

But 70 years ago, that’s exactly what happened.

It was a time of unquestioning patriotism. What the government wanted, it got.

And what the government wanted in 1942 was the atomic bomb. We were at war, and it was feared that our enemies would develop the bomb first. The government needed a secret site to build a facility to enrich uranium for the weapon, and the hills of Eastern Tennessee were deemed the perfect location. Problem was, parts of the area were already occupied: four rural communities were spread throughout its hills.

Virtually overnight, more than 3,000 people were ordered to move from their homes — with surprisingly little public protest from the evictees — and construction began immediately on a new, secret city on the 59,000-acre tract in the Black Oak Ridge Valley. That city came to be called Oak Ridge.

“We are a city that wasn’t on any maps until the 1950s,” according to Lissa Clark, of the American Museum of Science & Energy in Oak Ridge.

The top-secret city of Oak Ridge was one of three primary locations for the Manhattan Project (others were Los Alamos, NM and Hanford, Washington). During World War II, over 75,000 residents lived there, making it Tennessee’s fifth-largest city.

In addition to three main production plants (named Y-12, K-25, and X-10), authorities built nearly 10,000 homes and apartments, as well as dormitories, trailers, and military barracks used for housing. Most employees of the facility didn’t know what was going on there — just that they were helping in the war effort.

Today, Oak Ridge is obviously no longer a secret. The city’s population is just under 30,000; it could be considered a bedroom community for Knoxville, as it’s just a 30-minute drive away. The U.S. Department of Energy operates the Oak Ridge National Laboratory there, parts of which are open for public tours. The American Museum of Science & Energy offers a comprehensive look at the history of Oak Ridge and the Manhattan Project, as well as displays on nuclear energy (the museum is owned by the U.S. Department of Energy, and is part of the Oak Ridge National Laboratory), but it is also a Smithsonian affiliate.

It’s worth a stop, especially if you’re in Eastern Tennessee. The museum’s exhibits offer a look at what America was like before the “information age,” at a time when government secrets were accepted without question, a time when “loose lips sink ships.” 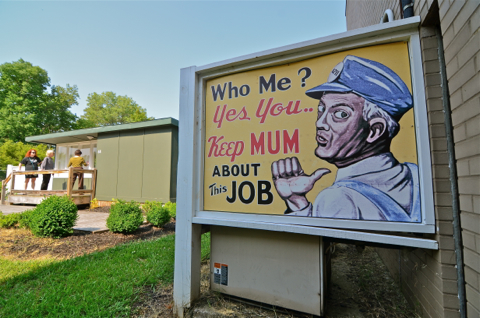 ✔ City Of Oak Ridge Jobs - Athle Cannes
Recent Posts on ViaNolaVie
Footprints: An interactive public art map Kelley Crawford, Steven Melendez, and Emma Fick worked together to create a custom interactive public art map for New Orleans. This project was made possible through a grant provided by EPNO (Emerging Philanthropists of New Orleans)! Take a walk and click away!

NOLA Travel: An old-fashioned fish boil in Door County, WI
Neighborhoods
We use cookies to ensure that we give you the best experience on our website. If you continue to use this site we will assume that you are happy with it.Ok